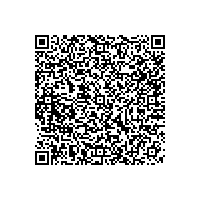 The company’s strategy is to develop the industrial case for isobutene, then license out the technology to industrial partners, which have the resources to build a production facility. To fund R&D on several light olefins simultaneously, it has secured grants from government agencies (eg OSEO in France) and industrial partnerships, the best example being the butadiene programme, in partnership with Synthos

Founded in 2008
Global Bioenergies was founded in October 2008 by Marc Delcourt and Philippe Marlière. In February 2009, the company raised €3.2m ($4.6m) from Seventure Partners, the VC (Venture Capital) subsidiary of BPCE, one of France’s main banks.

In 2009, a proof of concept was obtained for the process leading to the bio-production of isobutene. A lab-scale prototype was built in 2010. Two preliminary agreements have been signed on the isobutene process, one with an American major and one with a German car manufacturer.

In July 2011, Global Bioenergies has performed its IPO to raise the capital necessary to the development of its isobutene process. €6.6m have thus been raised on the NYSE Alternext market in Paris.

In July 2011, the Company has announced the signature of a partnership with Synthos to replicate to butadiene the success originally obtained on isobutene, another member of the light olefins family. A milestone in this partnership has been reached in December 2012 which has resulted in the payment of €2.7m by Synthos to Global Bioenergies. The butadiene process is now in its development phase.

In June 2013, the Company announced the beginning of the industrial pilot phase of its isobutene process, in collaboration with Arkema and supported by a €5.2m financing to be received from the French State (“Investissements d’Avenir” program).