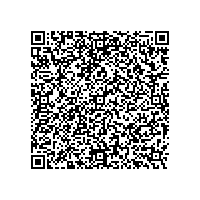 Coscata develops a process for production of ethanol from a variety of sources now focusing on natural gas but demonstrated for wood and waste. GM is a major stakeholder. They have a den facility in Madison, Pennsylvania USA.
Coskata is a technology leader in the production of alternative fuels and chemicals. Our proprietary process has been demonstrated at significant scale and offers technology with high yields, low costs and feedstock flexibility<

While Coscata technology platform is capable of producing multiple fuels and chemicals from a diverse array of feedstocks, we are initially focused on commercializing our natural gas conversion process. Natural gas is an attractive feedstock due to its abundant supply and low cost, and we expect to achieve production costs that are significantly lower than competitive approaches to fuels and chemicals production.

Coskata was founded in 2006 by leading renewable energy investors and entrepreneurs, including Khosla Ventures, Advanced Technology Ventures, and GreatPoint Ventures.

Coskata uses a proprietary process that leverages patented microorganisms and bioreactor designs to produce ethanol from practically any carbon-based feedstock, including garbage, old tires and plant waste, for less than $1 a gallon—about half of today’s cost of producing gasoline. The partnership includes an undisclosed equity stake for GM, joint research and development into emissions technology and investigation into making ethanol from GM facilities’ waste and non-recyclable vehicle parts.

In the first process step, we convert carbon-containing feedstock into synthesis gas, or syngas, which is a mixture of carbon monoxide, hydrogen, and carbon dioxide.  The feedstock material decomposes into a syngas that Coskata can then convert into fuels or chemicals, without releasing harmful emissions or byproducts.  Syngas provides the building blocks for all of our end products. Our method of producing syngas varies based on the type of feedstock being utilized:

Because of the flexibility of Coskata’s microorganisms, there are few constraints on the type of syngas production technologies that can be utilized.  This allows for optimal selection from the best reforming and gasification technologies for a given feedstock or desired scale.


Whether we are using natural gas or solid feedstocks, the syngas stream is cleaned to remove any materials that may be harmful to the downstream process.  The hot syngas stream is also used as a heat source to generate the steam necessary to drive distillation; this recovered heat greatly reduces operating costs of the facility.

After the syngas is cleaned and cooled, it is fed to Coskata’s innovative bioreactors where proprietary microorganisms convert the syngas into fuels and chemicals

Coskata’s microorganisms convert nearly all of the chemical energy of the syngas into the desired end product, leading to high yields. The fermentation process operates at lower pressure and lower temperatures, delivering cost and energy advantages over thermochemical pathways.

The third step of the Coskata process is product separation.  This step utilizes commercially-available distillation and dehydration technologies to efficiently separate the final product from the water stream exiting the bioreactor. The separation step has several cost-savings measures as part of its design, including heat recovery and water recycling. These measures reduce the need for external energy sources and minimize water consumption.

Coskata's fully-integrated demonstration-scale facility, Lighthouse, represents the successful scale-up of Coskata's feedstock flexible technology, and was a critical step in the development and demonstration of the Coskata technology platform.  The facility is located in Madison, Pennsylvania. Lighthouse was designed, engineered and constructed to enable a linear scale-up to Coskata’s first commercial production facility.As one of the largest syngas fermentation facilities in the world, based on production capacity, Lighthouse has accumulated more than 15,000 operating hours. Lighthouse has produced ethanol from natural gas, wood chips, and simulated waste materials.

Coskata’s facility in Warrenville, Illinois, houses several development labs where Coskata scientists and engineers work to develop Coskata’s technologies. The site contains several analytical laboratories and fermentation facilities, which allow for the characterization and development of Coskata’s proprietary microorganisms and bioreactor designs. At this facility, we convert natural gas into a variety of products. During Coskata’s early years in this facility, Coskata’s R&D team was successful in advancing its ethanol production strain productivity by 1000X over the wild strain. The company continues to make advancements in its microbiological capabilities for a variety of fuels and chemicals. In addition to its microbiological labs, Coskata has several specialized development labs.