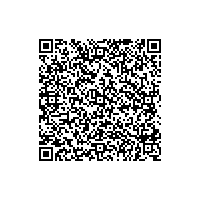 
Beta Renewables is a company committed to technological innovation, whose purpose is to promote the ProesaTM technology for the production of second-generation (2G) biofuels and biochemicals, with the goal of fast and large-scale deployment of its applications on the market.


The Beta Renewables vision is to contribute to a more sustainable use of the world's resources, creating an alternative to fuels and chemicals obtained from oil, at competitive costs, without subsidies and without using food crop varieties.


Proesa™ belongs to the so-called “second-generation” technologies which allow the use of the sugars present in lignocellulosic biomass to obtain fuel and other chemicals with lower greenhouse gas emissions and at competitive costs compared to fossil fuels (oil, natural gas).

It is the result of an investment of over 150 million Euro, started by Biochemtex in 2006.
The Proesa™ technology was designed to use non-food biomass, like rice straw and sugarcane bagasse. Thanks to the efficiency of the Proesa™ process, non food sugars can be obtained at competitive costs and without incentives, thus enabling a widely spread use of bio-products from renewable sources.

Extensive agronomic studies have been conducted for the development of this technology, accompanied by a logistics modelling.
Before being applied for the first time in Crescentino, Proesa™ was tested at length in the Rivalta Scrivia (Alessandria) pilot plant, which boasts a capacity of 1t/day of biomass treated.

The technology is protected by 14 patent families, 4 of which are public.


Alcohol, such as ethanol, is obtained from the fermentation of sugars and starches with the use of yeasts. This is the normal first-generation process, based on edible feedstock such as corn, sugar cane and the like. These agricultural raw materials have relatively short molecules and are likely to be "digested" by enzymes.

But non food sugars – contained in agricultural waste or in non-food crops/biomass – are made up of long molecules of polysaccharides, that yeasts cannot easily attack. And this is not all. Cellulose and hemicellulose are entrapped in a matrix of lignin, which prevents the access of enzymes. Therefore, the problems to be solved are two: separate lignin from cellulose and hemicellulose and then break down the molecules that constitute them (polysaccharides) into simple sugars.

At laboratory level, some companies were able to obtain bioethanol through the use of non-food biomass but were faced with very high costs for the transfer of these processes onto an industrial scale.
Thanks to Proesa™ costs are very competitive.

The process is based on a first phase in which the biomass is subjected to high temperatures and pressures. This process allows to separate the cellulose and hemicellulose from the lignin. Subsequently, the polysaccharides are treated with enzymes that release the simple sugars, then fermented by yeast into ethanol.
The lignin, together with the biogas derived from the processes, is recovered to be used in the boiler that generates power and heat.